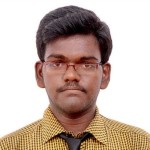 West Bengal CM, chief of TMC, Mamata Banerjee, strongly condemned and expressed the state’s disapproval over NEP approved by the union cabinet on earlier this July. Despite the controversy of state rights over concurrent list claimed by the Education minister of the state, this time the chief minister censured the motive behind abolition of ranking system in schools and  board exams directed by the new education policy, approved by the BJP led Union.

On a meritorious students’ felicitation program at secretariat, during her address, she expressed that “Ranking system is not recognition of talent but the tremendous hard work and credibility of a student. Students are ranked from 1 to 10, that in turn gives the push to move forward in their life. Such opportunity of moving forward from recognition will no longer be there with the implementation of new education policy, which is one among the most provisions the state is against to. We will be writing to the union that we don’t agree with its cabinet approved NEP” concluded the CM.

Getting to the Draft of NEP, the proposal of swapped rank system was its attribute. Ranking system is swapped between teachers and students. Students are free of ranking system (it claims), where teachers have to undergo a rigorous, continuous, competent ranking assessment throughout their career, especially in the case of salary hike and promotion to higher cadres.

Following excerpts are from NEP draft:

“The purpose of assessment must not be labeling or ranking but to identify areas of strength and areas that need improvement, as students move towards attaining the outcomes defined for their programme. A range of tools and processes for assessment should be used for this purpose, e.g. peer and self-assessment, portfolios, assignments, projects, presentations and dissertations. The criteria and rubrics for assessment must be determined in a collaborative manner by the faculty and shared with students” (P12.1.6, pg. 244).

“The professional standards will be reviewed and revised nationally and then at the State level in 2030, and thereafter every ten years, on the basis of rigorous empirical analysis of the efficacy of the system. The standards would cover expectations of the role of the teacher at different levels of expertise / rank, and the competencies required for that rank. It will also comprise standards for performance appraisal, for each rank, that would be carried out on a periodic basis and would be used, in particular, for salary increases within that rank “(P5.4.4, Pg. 131).

So,  with this, the new education policy swapped the pressure created by the rank system to the faculties of teaching and keeping the internal pressure a constant.

Last month, in a tele-conference Prime Minister Narendra Modi claimed that mark sheets are pressure sheets for students and prestigious sheets for parents.

But, the ground reality is that it is not the outcome of the board exams which pressurizes but the board exam itself. But We have added three more levels of board exams at 3, 5 and 8 grades, claiming no pressure any longer. Binding to his statements, the mark sheets of NEET, JEE and other higher education where a graduate enters has more potential than board exams to create a psychological ruckus with the young candidates that needs more concerned address by the government.

On the other hand, the same draft claims,

“Merit-based scholarships to encourage outstanding students to enter the teaching profession: A large number of scholarships will be instituted for high-performing high school students, upon graduation from secondary school, to study at outstanding four-year integrated B.Ed. programmes at colleges and universities across the country ” (P5.1.1, pg.121).

The question of the scale for the proposed ‘Merit’, with high school students arises now. If Ranking with numbers and percentages creates pressure, then how do we fix the criterion for merit that enables scholarships and other incentives for the students enteingr higher studies. If moving to grade system or remark system (Outstanding, Excellent, Very good, Good, satisfactory) is the way forward, the preference of seats in higher education will be for applied candidates with excellent remark rather than good or satisfactory, which is the core structure of the existing cutoff system, and where are the efforts to drive pressure away?

Rigorous ranking of teaching professionals will inturn bring back the culture of ‘Red tape’ promotion or over representation of one particular community, least or nil of others in promotion, similar to the data regarding proportions of promoted secretaries and additional secretaries to the union.

Upon Board exams, the draft states,

“The goal will be to be flexible, like the curriculum, and to design the Board Examinations so that any student attending classes in their chosen subjects and making basic efforts in these classes will be able to comfortably pass their Board Examinations – without any necessity for coaching, cramming, or other major outside-of-usual-schoolwork-efforts (P.4.9.5, pg.108)”.

Why the government shall not work on structuring a system that comfortably makes the passionate students to clear their NEET, JEE without any coaching, cramming or other major outside-of-usual-schoolwork-efforts. What about fixing the scale or slab of fee to be charged by such institutions rather than letting them being autonomously decide the fee. If the government is completely against such incubator coaching culture, they should ban or take it as an included infrastructure in government running educational institutions. Addressing the inequity that prevails with affordability of such extra-classes shall be making it a public limited, whereas we’re talking against them but letting more autonomous with no regulatory boards and legislations.

With Nil assurance of equal representation and reservations, emphasising the concept of a obscure ‘merit’, there shall be an agenda of returning to ‘gurukulas’, which was an non-inclusive single way authoritative welfare of a particular sect.

With most of the provisions, the new education policy lacks clarity of the way forward, collapsing the existing system and with imaginative insightful assurances, it preserves the pressure on the system, serving the older wine in new stemware glasses.